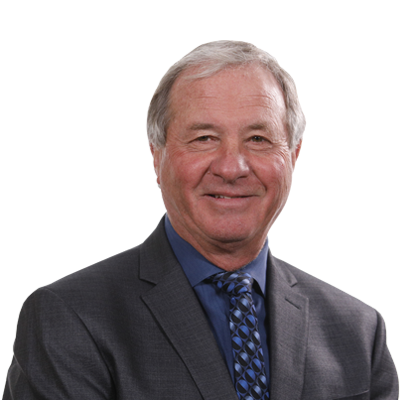 In a leadership race that lasted longer than anyone expected due to COVID-19, 170 thousand members cast ballots and have chosen Erin O’Toole to lead the Conservative party. I want to introduce Erin to constituents since he is not yet a household name. I have known Erin since being elected in ... Full Article

From My Email Update Friday April 10/2020 It is conceivable the federal budget deficit this current year (April 1, 2020 – March 31, 2021), when these massive expenditures are combined with a significant drop in revenue, could equal or exceed the entire $350 billion budget of the just ... Full Article

The Hon. Andrew Scheer, Leader of Canada’s Conservatives and of the Official Opposition, today announced the Back to Work Bonus, a Conservative proposal to make the Canada Emergency Response Benefit (CERB) more flexible and generous. “Since the pandemic began, Conservatives have been ... Full Article

Dear Constituents, This past week marked a major blow to the ego of the Prime Minister, when Canada came in third out of three countries competing for two UN Security council seats. This Liberal government has spent $2.5 million over the past 5 years attempting to woo and bribe voting members ... Full Article

There were some technical problems with the links in this update when it was emailed to constituents.  We have corrected the links in the online version below.  Our apologies for the inconvenience.   Dear Constituents, Today marks a major milestone for our province as stage 2 of the post ... Full Article

Dear Constituents, Things continue to look encouraging in terms of new case numbers for Alberta this week.  My sense is that many of us are beginning to breathe a sigh of relief and that some aspects of our day to day lives are moving back towards normal.  That being said, the implications of ... Full Article

Dear Constituents, Deeper in debt and little to show for it might soon become the Liberal government’s motto. On Monday of this week the Prime Minister announced his intention to implement ten paid sick days leave for Canadian workers. This announcement was a blatant capitulation to the NDP ... Full Article

Dear Constituents, The Liberal government spent the past week fixing programs, adjusting timelines, and defending its open ended spending policies.  Here are a few brief highlights that I will discuss in more detail in this email. • New guidelines were introduced allowing more small ... Full Article

Dear Constituents, “Baby steps back to normalcy” is one way to describe Alberta mid May 2020. This week marked the first steps in the first stage of re-opening the economy. Golf courses and some medical offices have been operating for up to two weeks now and while the doors to retail ... Full Article

Dear Constituents, As always, I hope this email finds you well.   This past week centered more around plans to open the economy rather than any major new announcements of financial assistance from the government.  As such, this email offers a bit more commentary for industry implications, and ... Full Article